Mike Galvin is a proud Sydneysider from Darlinghurst, who loves his local community and is a strong advocate for community spirit, our homeless, local youth, the LGBTQI community, climate action and animal welfare. He is also a Team Clover candidate for the 2021 City of Sydney election. You can meet the full team here.

Mike is passionate about connecting people across the community to raise awareness of local businesses and resident initiatives that make our City a great place to live, work and play. Bringing this passion to life, he has been on the Surry Hills Business Partnership Board since 2019 and was elected Vice President. Together with the Surry Hills Business Partnership he has worked on initiatives for the betterment of the precincts of Surry Hills, Darlinghurst and surrounding suburbs including PICNIC Surry Hills, Head to Surry Hills and Local Rewards that were focussed on creating opportunities for both businesses and the wider community.  Growing up in a small business household, Mike understands the great satisfaction that comes from running your own business while appreciating the challenges that local businesses face.
Working closely with the City of Sydney and the Lord Mayor on community working groups and round tables,  Mike has also been involved in a number of projects including Oxford Street and Victoria Street revitalisation, Wimbo Park and Green Park (where you may see him using the Cycleways). His community leadership has been recognised through his creation of ‘Darlo Darlings’ in  2018 – a group designed for residents and businesses in Postcode 2010 and surrounds. Through the group, Mike has raised awareness and funds for local charities, including Rough Edges, The Girls & Boys Brigade, Pass it On Clothing & Co and One Meal Makes a Difference. Mike has also hosted many events across Darlinghurst and Surry Hills, to promote and support local businesses, and bring residents together.

During Covid-19, Mike supported locals and local businesses during one of the toughest times we’ve seen. In his role with the Surry Hills Business Partnership, Mike hosted six live broadcasts featuring local business owners, politicians, entertainers and community organisations. The broadcasts titled the ‘Covid Recovery Series’ were viewed over 60,000 times and provided information, support and stimulus across multiple sectors during 2020. His community efforts have been formally acknowledged by the New South Wales Parliament on two occasions, including for creating theDarlo Pantry along with other locals to provide food and essentials to people in need.

A chef by trade, Mike later transitioned into solutions and business development roles, working for major financial institutions in Australia and New Zealand. Mike has worked on various projects ranging in scale, to major partnership initiatives with multi-nationals, including some of the world’s largest organisations. The success of these projects have been based on detailed problem solving, which result in launching bespoke solutions that improve the end customer experience.
Mike has collaborated with the National Arts School, introducing over 200 locals to the Darlinghurst Gaol Tour experience, which highlights the history of the area. He also curated the first, Artists of Postcode 2010 exhibition, featuring 4 talented local artists. Opened officially by the Deputy Lord Mayor of Sydney, Jess Scully, and attended by the National Art School CEO, the exhibit ran for 7 days, showcasing works to residents and businesses across the community. Initiatives for our homeless and marginalised continue to be a focus of Mike’s, who created the Night Under the Stars evening in collaboration with Rough Edges. The night brings locals together with those less fortunate, in a safe, caring and uplifting environment. Mike was also the host of the 2020 Roughtober campaign, a 4 hour virtual event with over 200 participants and special guests from across Sydney.

Mike lives with his partner of 14 years, Andrew, who is a local business owner. Mike will bring his business acumen, problem solving ability and high-energy nature to continue with the work to grow the City of Sydney as a remarkable destination to live, work and visit. 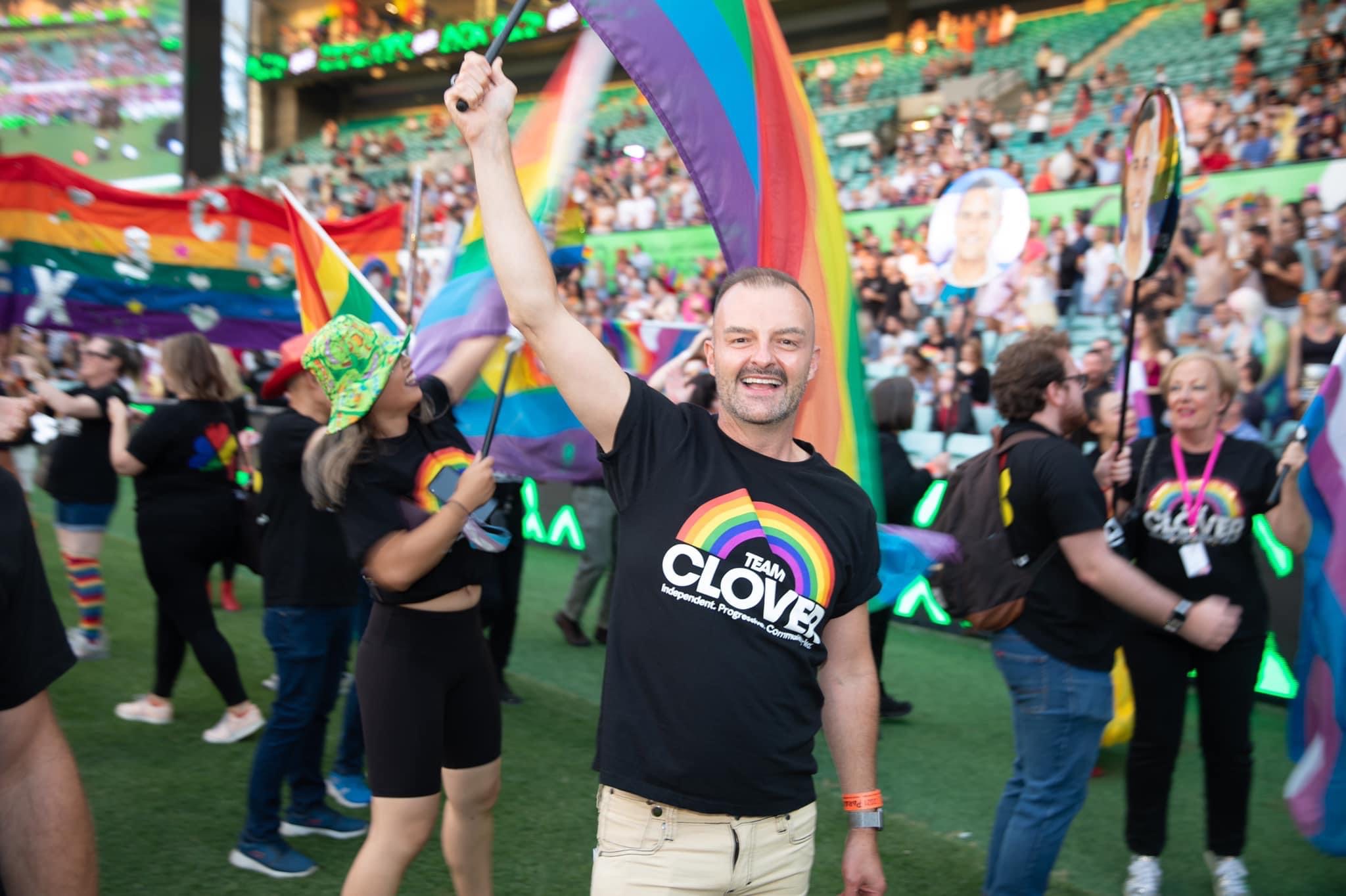